Structured like a taut thriller, “Better This World” delivers a chilling depiction of loyalty, naïvete, political zealotry and the post-9/11 security state -- and it features one doozy of a kicker in the “where are they are now” category.

The stark reality of America’s post-9/11 surveillance state is laid bare in this riveting documentary.

Better This World follows the dramatic journey of David McKay (22) and Bradley Crowder (23), of Midland Texas, George W. Bush’s hometown, as they are transformed from political neophytes to accused domestic terrorists, arrested at the 2008 Republican National Convention.

An intriguing coming of age character portrait with timeless themes of friendship, trust and betrayal, Katie Galloway and Kelly Duane de la Vega's documentary reconstructs the story of the relationship between these young men and their mentor -- radical activist Brandon Darby -- in the six months leading up to the convention, and of the subsequent twists and turns of their legal cases.

Through interviews with Crowder, McKay and their family members; FBI agents and attorneys; and a wealth of intriguing surveillance and archival footage -- Better This World presents an extraordinary account of the boys’ radicalization, grapples with the morality of their choices, and sheds light on several overlapping issues related to the government’s domestic counterterrorism program: the growing surveillance culture, the criminalization of protest and dissent and the erosion of civil liberties in post-9/11 era.

Better This World paints a gripping portrait of the strange and intriguing odyssey of these young men — poignantly describing not only the problems of power and authority, but also the ultimate power of friendship, forgiveness and love.

The directors faced dilemmas of their own during the two and a half years they worked on the film. "Interviewing FBI agents, attorneys, defendants, family members, jurors and journalists," they report, "we were repeatedly surprised by the twists and turns the story took. At several points we were forced to reevaluate our perspectives -- debates about personal responsibility versus government accountability erupted in the field and the edit room. We learned a lot through the process and committed early on to building the twists, moral ambiguity, and big questions we wrestled with into the film for audiences to experience." 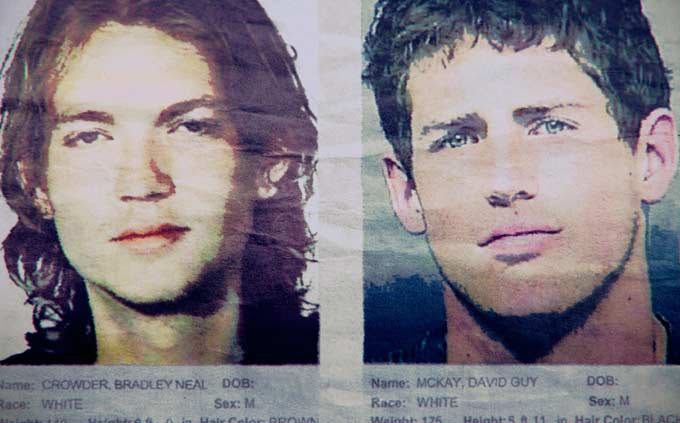 These big questions include some essential American self-images. "Playing out against the high drama of the GOP gathering in St. Paul, Minn., compounded by the U.S. policy of targeting terrorists as a top priority, Better This World delivers the kind of case study, rich in national and personal dimensions, that would have made the New Journalists of the '60s and '70s swoon," writes Variety's Robert Koehler. "In a sense, the film represents the next generation of that movement in subject and style: The street-based opponents of the GOP vividly recall Vietnam-era protesters, and the film integrates facts and re-enactments, as well as some clearly prearranged scenes, to tell its story."

At the same time, such questions are vividly relevant today. As the filmmakers put it, Better This World has "inspired intense discussions around the country, encouraging people to grapple with what we see as some of the critical tensions of our time: between civil liberties and security and between democracy and dissent in a post-9/11 world."

This event is sponsored by Film & Media Studies, with support from Communication, English, Film & Video Studies, History and Art History, and University Life.

For information on where to stream Better This World, please see this site.