GMU Visiting Filmmakers Series Presents Back on Board: Greg Louganis

Back on Board: Greg Louganis

An intimate portrait of an American legend, Back on Board: Greg Louganis is a feature-length documentary that tells the life story of this four-time Olympic Champion as he returns to diving after a long period of absence.

Back on Board explores the captivating, compelling, and complicated life of an Olympic star whose athletic talent spurred a worldwide fascination with diving. Part biography, part social exploration, the film reveals Louganis’ evolution from childhood diving prodigy to Olympic champion, and from pioneering openly gay athlete with HIV to almost forgotten sports icon.

Cheryl Furjanic is an award-winning filmmaker who has been teaching documentary video production at NYU for over a decade. She worked as an associate producer on Judith Helfand and Daniel B. Gold’s Sundance award-winning documentary Blue Vinyl (HBO 2003). Cheryl holds a BFA from NYU, Tisch’s Film & Television School and a Masters degree from NYU’s Interactive Telecommunications Program.

"Part of the reason I wanted to make this film was that there were very few stories in mainstream media of LGBT folks when I was growing up," Furjanic says. "And as a young person, I was starved for images of people “like me.” Thankfully things have gotten better in terms of positive LGBT representation in media. While it’s true that homophobia -- in diving and in society -- is not as pervasive as it was when Greg was competing, we are still a long way from acceptance." 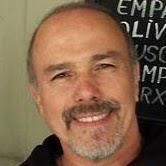 Our post-screening discussion will be facilitated by GMU's Ric Chollar, faculty advisor for the Pride Alliance and director of the LGBTQ Resources Center.

Back on Board: Greg Louganis at GMU is sponsored by Film and Media Studies and Film and Video Studies. Co-sponsored by Communication, DKA, English, Global Interdisciplinary Programs, History, LGBTQ Resources Center, ODIME, Photography, School of Art, Women and Gender Studies, and University Life.