Stage Four: A Love Story is a moving documentary about life partners, Mary Jo and George. After weathering the ups and downs of a full but difficult marriage, they are approaching retirement and hope to enter the gentle twilight of their lives. Fate has other plans, though, as Mary Jo unexpectedly receives a diagnosis of stage IV breast cancer. 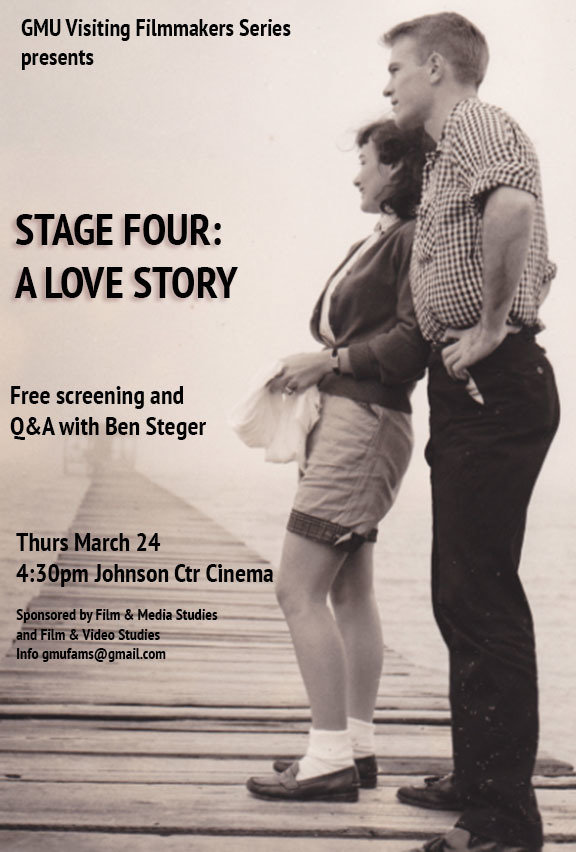 Taken by surprise, they must navigate the unfamiliar and intimidating world of cancer treatment and determine a course of action. Mary Jo’s acceptance of the disease comes into conflict with George’s desire for her to battle it. As they consider how much time they may have left together, they wrestle with and then leave behind old quarrels, regrets, and unresolved pain, allowing their love to blossom to its fullest expression.

As it explores the ways individuals survive imperfect love, accepting and reconciling one another over time, the film also observes the complications of facing illness, accepting death, and coping with profound loss. At once intimate and broadly affecting, Stage Four: A Love Story follows Mary Jo and their children as they share this experience with gratitude and grace, learning that a cancer diagnosis isn't a death sentence, but a chance to live life to the fullest.

The film is winner of 2016 Best International Feature Length Documentary Award at the DOCfeed Documentary Festival.

Last year, the film won the University Film and Video Association's 2015 Award of Merit, "Best Documentary Feature," the Spotlight Documentary Film Awards 2015 Gold Award, and the 2015 International Award of Excellence at the International Film Festival for Spirituality, Religion, and Visionary.

Benjamin Steger is an Assistant Professor in GMU's Film and Video Studies. He has years of experience as a producer, director, videographer, and sound recordist for documentary, fiction, and corporate films and videos. Before coming to Mason, Benjamin served as an adjunct professor at Columbia College Chicago and Loyola University Chicago. Professor Steger holds a MFA in Film and Video from Columbia College Chicago and a BA in Theatre and Film from the University of Kansas.

Sponsored by Film and Video Studies and Film and Media Studies.