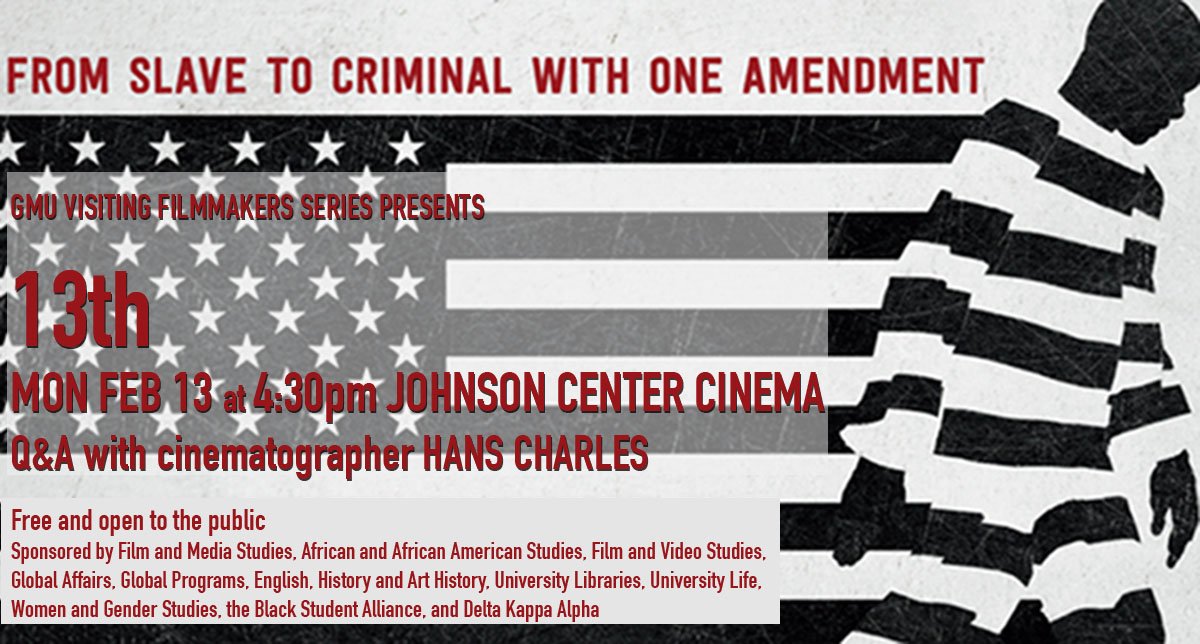 The 13th Amendment of the US Constitution reads: "Neither slavery nor involuntary servitude, except as a punishment for crime whereof the party shall have been duly convicted, shall exist within the United States, or any place subject to their jurisdiction."

When this amendment was ratified in 1865, its second qualifying clause left open a large loophole, allowing American prisons to use inmates as involuntary labor. Ava DuVernay's documentary, 13th, traces the effects of that loophole, specifically, as it has led to the horrors of mass criminalization and the sprawling and expanding American prison industry. 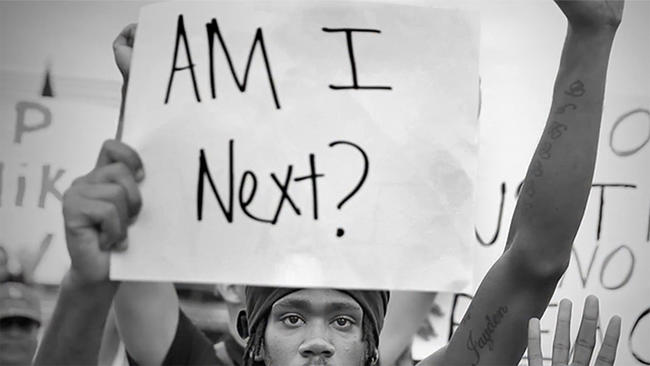 In 2016, 13th became the first documentary ever to open the New York Film Festival. With a potent mixture of archival footage and testimony from a noteworthy array of activists, politicians, historians, and formerly incarcerated women and men, DuVernay creates a work of grand historical synthesis.

The film makes the case that the prison industrial complex affects people of color in particular. Well-researched and carefully argued, it looks into how the amendment early on enabled an angry, resentful white society to imprison newly freed slaves on minor charges, and over time helped to advance broad perceptions of black criminality that persist today, affecting and affected by media images and political discourse. 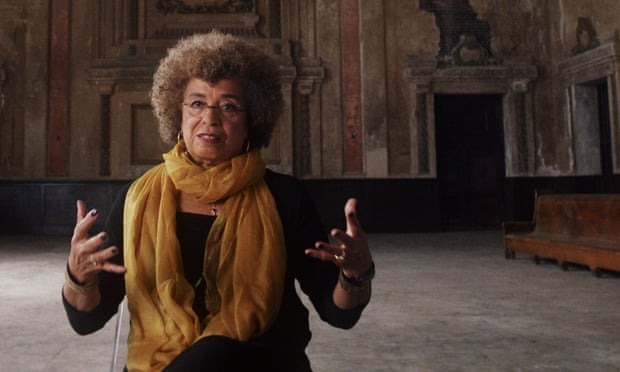 Featuring interviews with Cory Booker, Michelle Alexander, Gina Clayton, Angela Davis, Jelani Cobb, Van Jones, David Dinkins, Henry Louis Gates, Newt Gingrich, Lisa Graves, and Khalil Gibran Muhammad -- last year's W.E.B. Du Bois Lecturer at GMU -- among others, the documentary includes statistics and stories that track the dramatic rise of incarceration numbers in the United States, from some 513,000 people in 1970 to 2.3 million today, reminding us that one in three black men will go to prison in their lifetime.

Our screening will be followed by a Q&A with one of the film's cinematographers, Hans Charles. He is also assistant professor of cinematography in GMU's Film and Video Studies Program.

The Q&A will be moderated by Keith Clark, GMU Professor of English and African and African American Studies.

See his interview with JamSphere here.