High School seniors Alejandro, Silvia, and Aldo, like most of their friends, are eager to go to college and pursue their education. However, their home state of Georgia not only bans them from attending the top five public universities, but also deems them ineligible for in-state tuition at public colleges due to their immigration status as DACA (Deferred Action for Childhood Arrivals) recipients. In response, these three ambitious and dream-filled students divert their passions towards the fight for education in the undocumented community. As President Donald Trump’s campaign rhetoric against immigrants gains momentum, and amid constant threat of losing their DACA status and being deported, The Unafraid follows these inspirational members of the generation of “undocumented, unapologetic and unafraid” young people who are determined to overcome and dismantle oppressive policies and mindsets.

Shot in an observational style over a period of four years, The Unafraid offers viewers an intimate and detailed look at the complications of young lives in limbo.

In a Letter to President Trump last year, the Association of American Colleges and Universities (AAC&U) wrote on behalf of 35 other national organizations to explain how “deporting those currently in DACA would cost over $60 billion in lost tax revenue and result in a $280 billion reduction in economic growth over the next decade.” The film opens discussion  about these financial, psychological, and social challenges, including their effects on the George Mason University community.

Heather Courtney is a Guggenheim fellow and an Emmy-winning filmmaker. Her film WHERE SOLDIERS COME FROM, she won an Emmy, an Independent Spirit Award, and a SXSW Jury Award. The film received positive reviews from the New York Times and the Washington Post, and was broadcast nationally on the PBS program POV. It made several Top 10 films of 2011 lists, including Salon’s Best Non-fiction, and was supported by many grants and fellowships including from ITVS, the Sundance Documentary Fund, the United States Artists Fellowship, and POV/American Documentary. Heather was also a fellow at the Sundance Edit and Story Lab. She has directed and produced several other documentary films including award-winners LETTERS FROM THE OTHER SIDE and LOS TRABAJADORES/THE WORKERS, which both focused on immigration issues, and were broadcast nationally on PBS. She has been funded by ITVS, the Sundance Documentary Fund, the Ford Foundation, the MacArthur Foundation, Latino Public Broadcasting, and the Austin Film Society, as well as a Fulbright Fellowship and an International Documentary Association award.

Our screening will be followed by a Q&A with filmmaker Heather Courtney and film subject Aldo Mendoza, moderated by Lisa Breglia, Associate Professor and Director of the Global Affairs Program and Global Interdisciplinary Programs. 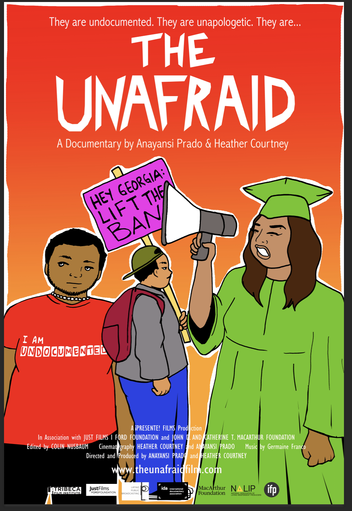